The Psychology of Murder

on April 27, 2019
“No doubt every crime scene is a disaster for someone, it’s only a question of scope.”
John Houde, Crime Lab: A Guide for Nonscientists

I am sure many of you have watched a lot of crime shows and are always fascinated by those scenes. In 2013, we have invited Dr Majeed Khader to write a post about forensic and criminal psychology in Singapore.  Dr Majeed Khader is an Assistant Professor (Adjunct) a NTU, Chief Psychologist of Ministry of Home Affairs, Director of Home Team Behavioural Sciences Centre and Deputy Director of the Police Psychological Services Division.

This year in 2019, Dr Majeed has given a talk at NTU about the Psychology of Murder.  One of our guest writers has taken some important notes from the talk.  So how exactly can we join the forensic and criminal psychology field in Singapore?  In order to pursue that, we need to at least have a 2nd upper honours and pursue a Master in Forensic Psychology.  After which we may pursue a Doctor in Philosophy (PhD) or Doctor in Psychology (PsyD).  However, a Master is sufficient to join the forensic and criminology team in Singapore.

Where can we work at after gaining the relevant qualifications?

In Singapore, there are a few places that we can consider.  They are Ministry of Social and Family Development (MSF), Ministry of Home Affairs (MHA), Institute of Mental Health (IMH), State Courts, private sectors, academia, etc.

But what we can we do when we are at the field? I’m sure you are more excited in knowing this.

So there are a few things we can work on when we join the forensic and criminal psychology field. They are:
What about the crime rate in Singapore?


The crime rate in Singapore is relatively lower as compared to other countries. There are around 12 to 22 murders in Singapore annually. Most of the crime cases in Singapore are scams, and thus far, it has been around $100 million loss annually. Unlike the TV shows, in Singapore, people usually kill people they know and people they love. It is rare to see people kill strangers instead. Singapore usually have high solved crime rate. There’s usually only one murderer and one victim in the case as a murderer seldom go for a 2nd kill as it is a traumatic experience for the killer. It was being reported that many a times, people kill in the moment, they usually do not think things through especially when there is rage within themselves, however, it is usually for homicide case. When someone is killed, the clue is to track if there was any missing person reported.

After reading this, does that excite you and increase your interest to join the forensic or criminology psychology field in Singapore? 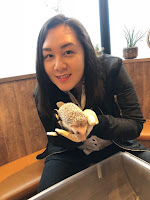 This post is written by Claudia Ong, a psychology undergraduate at Singapore University of Social Sciences.  She has a passion towards mental health and hopes to pursue a career in clinical psychology to help individuals fight against mental illness.  She volunteers at the Singapore Girls’ Home and Institute of Mental Health during her free time to bring joy to others.  She also enjoys travelling and sees the future with unlimited possibilities.
Criminal Psychology Forensic Psychology Guest Posts