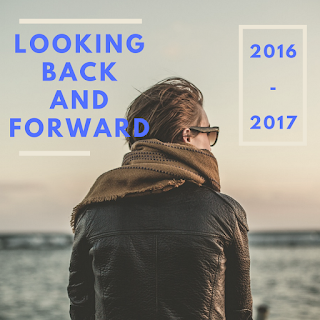 This is the last post of 2016, ending the posts for this year as well creating a great start for 2017!  Since 2013, we have been announcing the Top 10 and Bottom 10 posts.  We hope that you do not only read the popular posts that everyone is interested in, but we hope that you read some of the most underrated posts of the year.
Just some figures if anyone is interested:  Viewership for the year was slightly over 68,000 views, which meant more than 5660 views per month.  The highest month was March with more than 8700 views; this is the highest ever viewed month for the whole history of SG Psych Stuff!!
Thank you everyone out there for your support, and we hope that we continue to write wonderful posts that you will be interested in!

Top 10 views of 2016:
As usual, the top posts are all about psychology education and training in Singapore (1, 2, 3, 4, 9, 10).  Despite being in the top 10, there is a great discrepancy in viewership between the top 3:  the No. 1 post (Comparison of Psychology Postgraduate Degrees in Singapore: 2016 Update with almost 2000 views) has more than 4 times the viewership of the No. 4 post , with No. 2 and No. 3 posts (Psychologist Registration in Singapore and Updates on the National Psychology Competency Framework and Comparison of Psychology Bachelor Degrees in Singapore: Version 3 both at almost 900 views) almost doubled the viewership of the No. 4 post (Specialisations of Diploma Programs in Singapore: 2016 Update).
Though Part 1 of the joint SG Psych Stuff - MY Psychology post was No. 6, the Insight into Psychology in Malaysia and Singapore: MY Psychology + SG Psych Stuff (Part 2) is not far at No. 15.  Event posts (5, 7, 8) are also big hits, and we hope to bring you more exciting events in the future!

Bottom 10 posts of 2016:  (1 being most viewed and 10 being the least viewed)
It is highly expected that the recent posts (7, 8, 10) have lower viewership, however there are unexpected sightings here too.  The post about UK psychologist registration (2) unfortunately fell into this list, despite being of the same topic as the Top posts!  If you are planning to study and work as a psychologist in UK, I advise that you better read this post.
Event posts (1, 4, 5) also made their way into the Bottom 10.  As UniPsych Symposium was one of the bigger events that we covered this year, there might be an overload of the posts about it hence the drop in viewership.
We made the similar mistake as last year and had some posts on random topics (3, 4, 6).  I urge you to read them as well, as they are all related to the topic of helping you handle stress and increase you motivation.  Looking back at my own New Year's resolution, Post 9 (SGPsychStud: Time to Check your New Year's Resolution!!!) definitely helped me in my own goals!

I also want to thank my friends at MY Psychology (Insight into Psychology in Malaysia and Singapore Part 1 and 2), UniPsych team (6 posts), Miss Psychobabble (The Psychology Of "I Love You"), and the OverComeD team (OverComeD: First OCD campaign in Singapore) for the wonderful year and collaboration this year.  We hope to make it bigger next year with you guys!


Hope that you are enjoying your last days of 2016 and wishing you a Happy New 2017!
SGPsychStud's thoughts