on March 05, 2016
This is a requested post by a group of final-year Communication Studies students from Nanyang Technological University, currently conducting a campaign on Obsessive Compulsive Disorder (OCD) as part of their final year project.  They would like to share their experiences and knowledge with each and every Singaporean.
SG Psych Stuff have decided to show support for this campaign by publishing this post and sharing the Facebook posts from OverComeD.  For any comments and/or questions, you may direct them to their website or Facebook page (as written below). 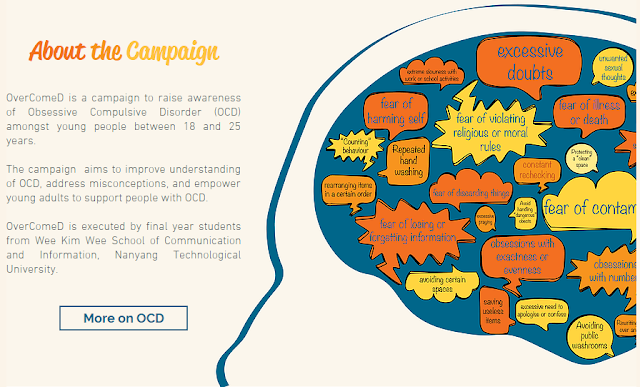 “Wah you so neat ah?  You so OCD sia!”  Sounds familiar?  Most of us would have at least used a similar phrase to describe someone or ourselves.  It is no surprise then that the majority of us do not know that OCD, also known as Obsessive Compulsive Disorder, is actually a mental illness that affects 1 in 33 Singaporeans’ daily lives.

Having started the first-ever OCD awareness campaign in Singapore, we aim to let youths aged 18-25 know more about OCD.  Throughout our journey, we are also honoured to have met people with OCD who have not only shared with us their stories but encouraged us to share their experiences with each and every person.

To those of us who still have little idea on how OCD is such a serious problem, imagine having to buy a new hand soap every day because you cannot stop washing your hands, or collecting so many items that your family member has to sleep at the staircase outside your house.  This is what happened to Julia, also known as the poster girl for OCD, who suffered from OCD for 23 years.  It was a long and arduous recovery journey for her.


OCD can also manifest in the form of thoughts.  Hazique’s constant obsession with religion and a constant need to search for answers to satisfy his thoughts, left him unable to cope with his studies.  He is close to recovering, though his mental fatigue due to his constant thinking makes it hard for him to concentrate for long.


We also met a very sweet lady, who if not for her OCD compulsion to rewrite sentences till they were perfect, would have had a different career path.  Clara* was a top-performing student in secondary school and having had to keep up to that standard, she turned into a perfectionist.  This then led to her having to be “perfect” in everything, including her writing, and that brought OCD into her life.  She is on the road to recovery, living her life just like every one of us, though she does not hold a pen till today.

There are more of such eye-opening stories that we have come across.  These people live a normal life today thanks to organisations such as Club HEAL and IMH which provide therapy and help for people suffering from OCD.

On this note, we would like to encourage all of you to do your part in providing social support for anyone whom you know may have OCD.  And the first step would always be to encourage them to seek help because the faster they seek help, the easier it is to treat and the better their lives would be. 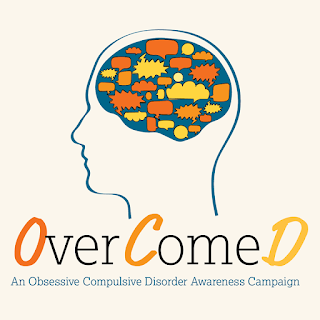 *Name have been changed to protect identity of person
Disclaimer:  Pictures and videos are permitted to be used by campaign organiser.
Guest Posts