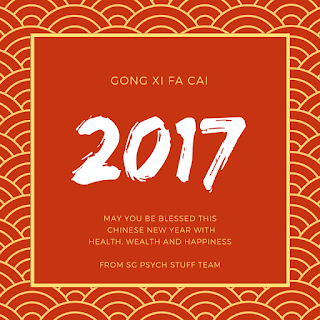 The grand festivity of the Lunar New Year is fast approaching.  Abundant food, family reunions, and little red packets called “Ang Bao or Hong Bao” will grace Singapore (and some of your pockets) once again.

According to tradition (and the old folktale regarding the dragon invading the villages), the colour "red" embodies “good luck” that is supposed to ward off the evil spirits for the Chinese.

If you are married and will be visiting your family and friends during the Chinese New Year, you will have to prepare a handful of red packets.  Even if you are staying at home, you should still prepare them, just in case your close friends visit with their children.
In Singapore, these red packets are usually given by married couples to single people (e.g. children or anyone of a younger / lower rank).  However with regard to giving the red packet to a unmarried close relative of a higher rank (e.g. older cousin), it really depends on respective families.

The amount to give varies from the income, closeness, and the family tree.  Here's the 2016 market rate by 65daigou:
Since Singapore is a pot of different cultures, we as a nation have created practices centering red packet gifting.  It is not uncommon to have marriages between two different races, leading to traditional practices being modified or ignored.  But aside from the Chinese, Vietnamese, Japanese, Filipinos and South Koreans have similar customs revolving the red packets.

Psychology Behind The Red Packets

In Color Psychology, the colour "Red" is believed to "stimulate appetite, blood pressure, and one's heart rate" while it emotionally signifies sexual readiness, aggression, excitement and strength.  In sports, teams who wore red are more likely to win, and contestants wearing red also do win more.  It was also found by Elliot and Maier (2007) that participants who saw a red background performed worse that those who saw green and grey backgrounds.  It probably meant that red may have an avoidance effect on those who viewed it.

This idea of avoidance is in contrast with the Asian culture.  In the traditional Asian culture, red packets are usually given at major life events, such as Chinese New Year, weddings, and birthdays, as a gesture of good luck, celebration, and appreciation.

Why do we have to give red packets? (From a psychological viewpoint)


Do note that from the above market rate figures, the values do fluctuate among the different relationships that we have with people, other than your own income range.  This points us to the main reason for why red packets has to given.

It could be explained using the relational models theory (Fiske & Haslam, 2005).  According to Alan Fiske,


"Relational models theory posits that people use four elementary models to generate, interpret, coordinate, contest, plan, remember, evaluate, and think about most aspects of most social interaction in all societies. These models are Communal Sharing, Authority Ranking, Equality Matching, and Market Pricing. Scores of studies have demonstrated that people in all cultures use these models to organize much of their everyday social cognition."

Communal Sharing:  To improve the relationship within the family, relatives and friends come together once a year, performing "comunal sharing" by having New Year's dinners or lunches, and hence increasing the cohesiveness and connectedness of the group.

Authority Ranking:  This is seen where the younger married generations will have to give red packets to their seniors as a form of respect or filial piety to them.  In terms of the amounts given, it could be based on the hierarchy (as a result of "Authority Ranking") in the family or organisation or group.

Equality Matching:  Do note that some parents do try to remember the amount given to their children by respective relatives.  This may in turn result in them giving similar amounts to those relatives' children.  This is the result of "Equality Matching", where "people keep track of the balance or difference among participants and know what would be required to restore balance."
Some grandparents might also give bigger amounts to their grandchildren, if they have expected their children (i.e. parents of the grandchildren) to give them big amounts in the red packets (from the "Authority Ranking" above).  This balancing of the figures by the grandparents create balance in the relationships and maintains the harmony in the family.  However, do note that the amounts changes as a result of the number of children and grandchildren (obviously lesser if there are a lot of grandchildren).

Market Pricing:  This refers to the market rates of the red packets.  This really depends on multiple factors with regard to the relationships within the family, social group or organisation.  A common rule would be that if you are socially closer to the recipient (or their family/social group), the more you give to him/her.  You might want to refer to the above market rate or understand the connection between yourself and the person getting your red packet and evaluate that "Market Pricing".

Regardless of the reasons, always wish the other person "Good Luck and a Happy New Year!!!" regardless of whether you are the person receiving or giving the red packet!