on July 13, 2014
This is a topic in psychology which we can't avoid studying about: Neurotransmitters.  You might study it in the first year or last year of your Bachelors program.  I thought that we probably need more information, especially on what neurotransmitters are and how they work.  To have a more accurate answer to that, I decided to ask a colleague of mine, Dr. V., who is a biochemistry scholar to give us some advice.  If you have any further questions about this topic, you may email me at sgpsychstud@gmail.com and I will further your email to her.  Here goes:

Point I: No Discrimination

The term ‘Neurotransmitter’ maybe intimidating but it is important to explore this stereotype.  In actual fact, ‘Neurotransmitter’ is just a fancy name for a chemical molecule that is synthesised and functions within the proximity of the brain.  It is essentially brain hormone, just like any other hormone in the body.  It does not have any special magical power for being in the most complex organ, the brain. 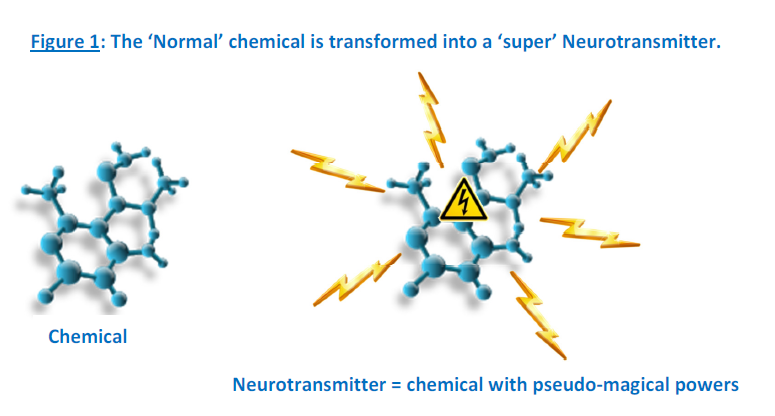 Neurotransmitters are produced from two main types of cells:  Neurons and Glia cells.  Neurons are commonly known as brain cells (the main players).  However, they cannot function without the help of Glia cells (the supporters).  Glia cells feeds and maintain neurons, from the blood supply which the neurons do not have access to.  The functionality of the brain is dependent upon these brain cells’ stable partnership. 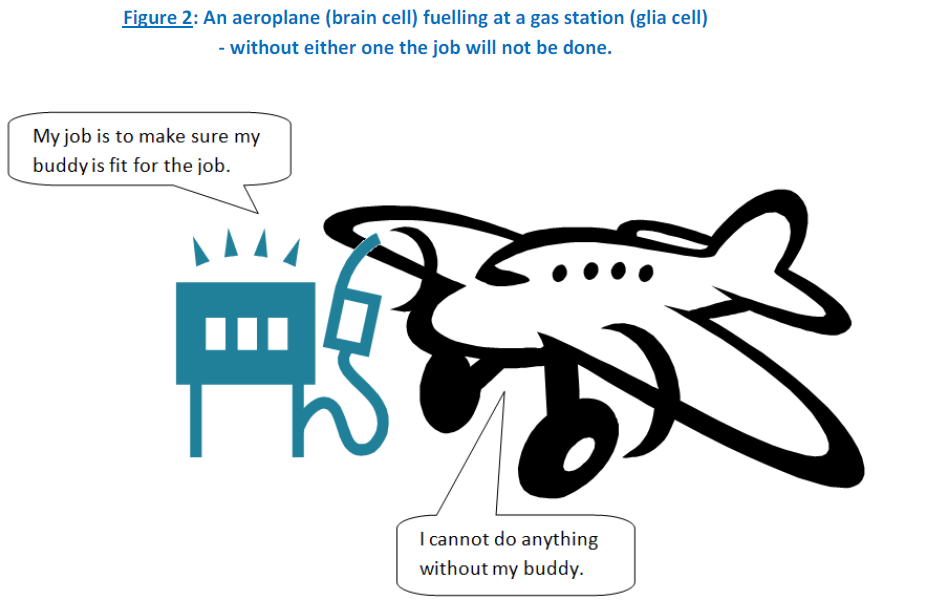 The brain works as a network of neurons, which is constantly communicating with one and other.  This is how the brain control and regulate our whole biological being.  The communication between neurons is based on chemical and electrical signals.  The chemical signals are provided by the neurotransmitters, produced by the brain cells. 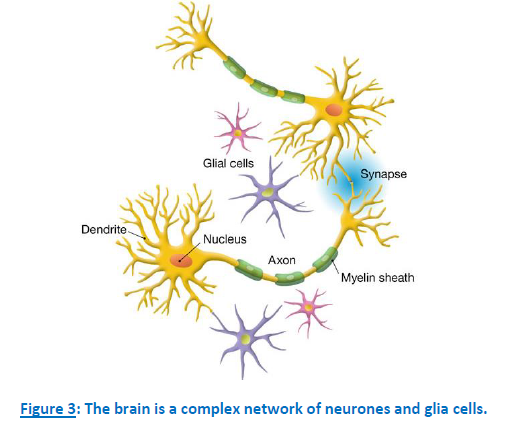 Neurotransmitters are the ultimate messenger of the brain.  However, this job is not straight forward.  This neuronal network is made up of neurons that are not physically in contact with one another.  So, it is not possible for the neurotransmitters to travel fluidly from cell to cell.  That is why the electrical signal is equally important.  These tiny gaps at the neuronal terminal are known as synapse (Figure 3).  The message overcomes this hurdle in a specific manor:
1.  Neurotransmitters are grouped together inside a membrane to form a vesicle.  This makes a neat and tidy package for delivery (Figure 4).
2.  These vesicles get stacked and wait just before the synapse.  When the electrical signal arrives, it will trigger the release neurotransmitters into the synapse.  (It is OK – don’t panic. This is part of the delivery process).
3.  The released neurotransmitters form the chemical signal in the synapse (Figure 5).  The neurotransmitter will swim across to the surface of the neighbouring neurons, where there are receptors (life buoys) to note their arrival.  [Please note:  under no circumstances are any neurotransmitters permitted to enter neighbouring neurons.  They will be rescued, biochemically, by their own parental neurons.]
4.  The arrival of the chemical signal will in turn trigger the electrical signal.  This will then sprint toward the awaiting packages (neurotransmitter-filled vesicles) and push them off the synaptic cliff (release of neurotransmitter).  Then the cycle will repeat from one neuron to the next, until the message has reached its destination. 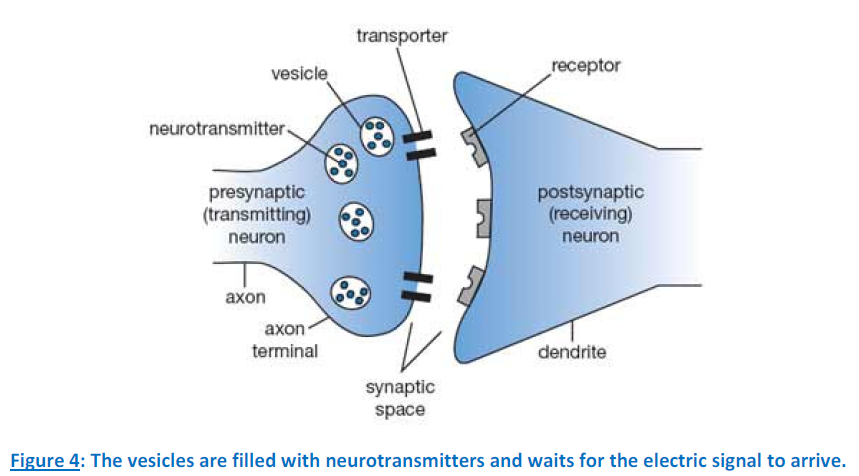 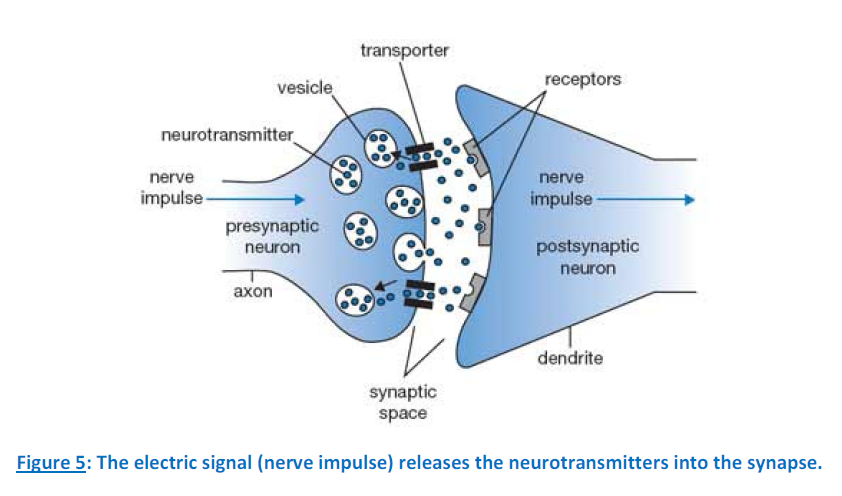 Point VI: Error in the Signal 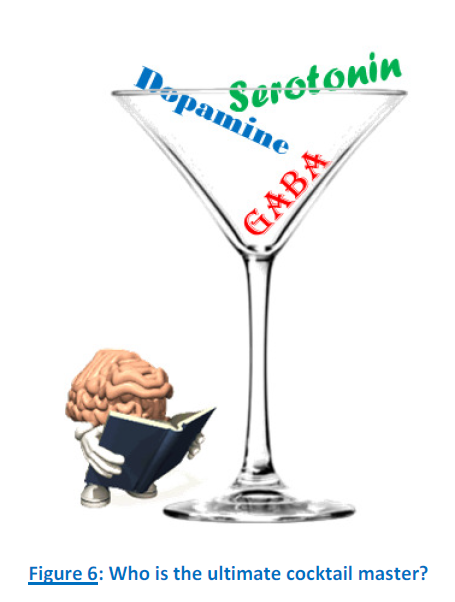